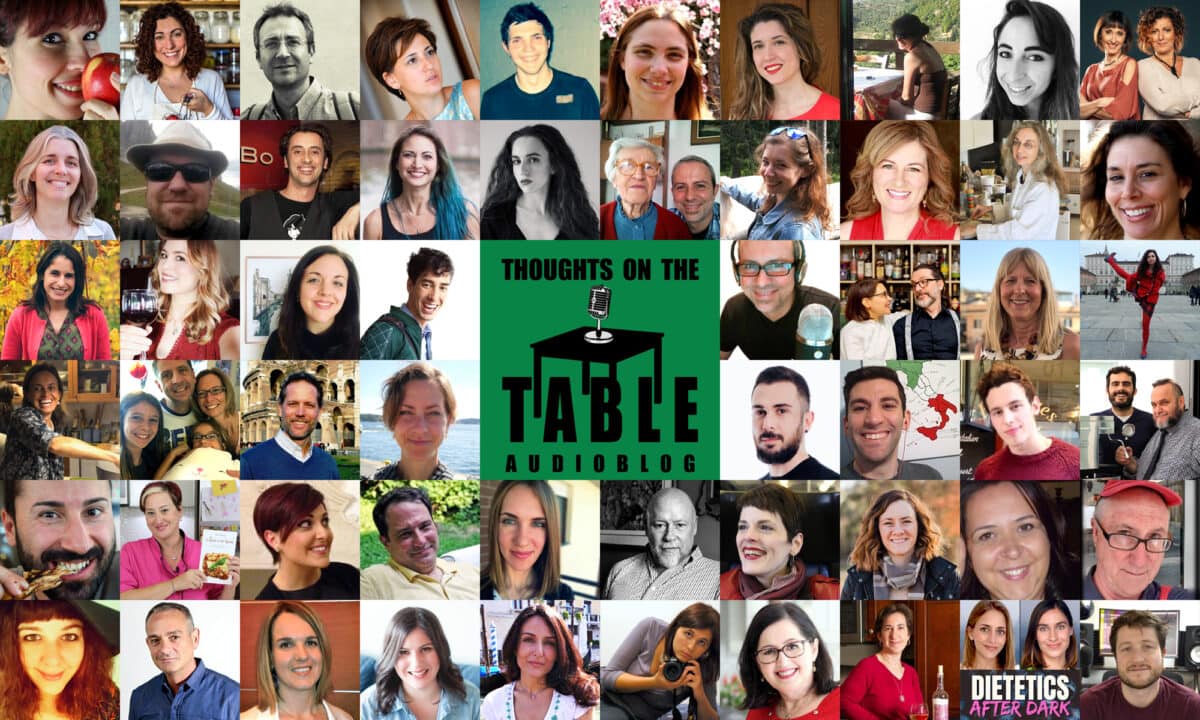 Jason is back on the podcast for one last, final episode! Yes, Thoughts on the Table ends today as it hits its 100th episode with the biggest topic we could think of: the meta of food, i.e. anything that has to do with food besides the physical sensations of actually eating it. Join us in our journey through this fascinating subject as we touch on the concept of authenticity and on how culture influences our appreciation of flavor.

Conversely, in the second part of the episode, Jason and I discuss some cooking trends that affect the flavor of food. These include the tendency to finish cooking pasta in its sauce and to alter traditional recipes to make them visually pleasing for sharing on social media, more so than with our guests!

I’d like to thank all of you who have been listening and the 65 amazing guests that I had the pleasure of interviewing and collaborating with. I’d like to make a special mention to those who have bought into the project and really helped drive it, starting with Jason, and including Gino De Blasio, Manu, Frank Fariello, Diana Zahuranec, Raffaella De Amici, Rick Zullo, David Scott Allen, Nick Zingale, Mark Preston, Simon Pagotto, Melinda King, Tina Prestia, Sim Salis, Eva, Diana Pinto – who also contributed to this last episode with her precious research and insight.