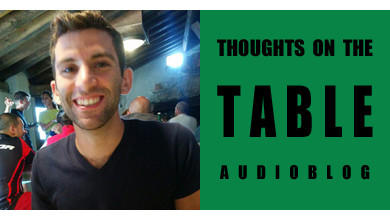 Nick Zingale is an American of Italian descent who lived and traveled in Italy and Europe for seven months last year. He joins me in this episode for a fascinating overview of his experience abroad, which he documented on his personal blog – from working as an English teaching assistant, to his discovery of his ancestors’ native towns in Sicily and Molise, to his solo travel around the Italian peninsula. Throughout the episode, Nick shares plenty of insights on Italy and the Italians from his special point of view of someone who grew up in an Italian-American family.

During the episode, Nick mentions a documentary on the massive immigration of Italians in the United States and on how difficult it was for them to amalgamate with the American culture. You can get more information on this production at http://www.pbs.org/show/italian-americans.

Nick’s travel blog can be found at http://www.nickzingale.com/nickztravels.