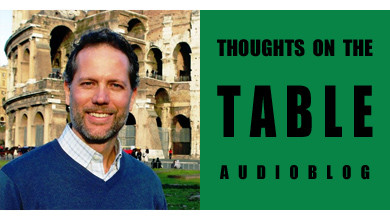 I’ve been following Rick Zullo for quite some time, he is an amazing writer who has been capturing and decoding Italy in his blog, books, and podcast. I am very honored to have him as my guest in today’s episode.

Third-generation Italian American, Rick grew up wanting to explore the land where his great-grandparents came from. After several vacations and two 3-month sabbaticals, he settled in Rome where he lived for several years and where he started a blog to chronicle his adventures. His special point of view on Italy and his ability to discuss deep and sometimes controversial themes with charm and a humor made him very successful and earned him several awards, including Italy Magazine’s 2013’s “Best Living In Italy Blog” and 2014’s “Best Overall Blog for Lovers of Italy”. Rick also published 4 popular free guides (including Best Restaurants in Italy and How to Dress like an Italian) and 4 books for Kindle.

In this episode, I asked Rick to share more about his story and the story behind some of his most popular posts. Join us for a fascinating chat on regional differences in Italy, the connection between Catholicism and superstition, how to dress like an Italian. Also in the episode, an entertaining piece on the significance of the bidet!

2 thoughts on “[Thoughts on the Table – 38] Decoding Italy and the Italians, with Rick Zullo”