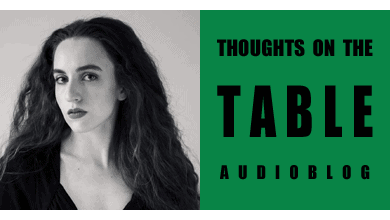 Thoughts on the Table is back with a new guest, Diana Pinto, and a very special episode. As she describes it, Diana became interested in noting recipe variations across different cookbooks. Incidentally and unexpectedly, this brought her to challenge the concept of authenticity or at least the implication that there’s one true way to cook traditional Italian dishes, a claim that we see so frequently on social media and that risks having a deeply damaging effect.

Diana mentions several cookbooks and authors (though she doesn’t endorse them all necessarily!) Here is a written list for your reference, in order of “appearance”.

During the show, we also mention bloggers Frank Fariello (Memorie di Angelina) and Tina Prestia (Tina’s Table) who were previous podcast guests and also touched on the theme of authenticity:

The music in the episode is by www.purple-planet.com.

2 thoughts on “[Thoughts on the Table – 92] The Quest for Authentic & Original Recipes, with Diana Pinto”