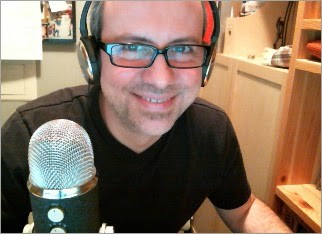 Another interesting year for Disgraces on the Menu – the year that has seen the beginning of the podcast Thoughts on the Table, along with several collaborations. I have always been fascinated with radio shows. When I was in my 20s, I hosted a radio host on a small Italian station. I didn’t expect to have the opportunity to do anything remotely similar in English, until I discovered podcasts. But the real trigger to record one came when my wife got me a microphone as a birthday present, and a buddy of mine, Jason, agreed to produce one with me.

Initially, the podcast’s concept was a direct extension of my blog’s philosophy: investigate what’s behind food and flavor, especially in relation to the difference between what is known as “Italian food” and the true cuisine of Italy. This is what fueled the first 6 episodes.

After the first mini-series on flavor, just as I was starting to become comfortable with the format, my podcast partner, Jason, had to leave the project. This is when I started thinking about involving other food bloggers through remote conferencing. At the same time, my friend Gino DeBlasio (based in the UK) volunteered as my first guest – it was meant to happen!

After a mini-series with Gino on misconceptions about Italian food, I worked with Jessica Burgio on episodes about lesser known Italian dishes and cooking Italian in North America. Then, I was joined by Manuela Zangara, who talked about her first e-book and shared her experience as a full-time food blogger.

The podcast then started taking the format of the interview. I had several special guests: Frank Fariello, Fiona, Christina Conte and Simona Carini. I also had the opportunity to interview my friends – neuroscientist Davide Anchisi and restaurateur Andrea Bini. On my latest trip to Italy, I also had the chance to record a chat with my grandmother on the food in Italy during War World Two, which then became a unique and especially meaningful episode. More recently, I have spoken with Lucia Hannau, the organizer of a food conference which will take place in Turin this September – and of which I am going to be part of – and with Elisa Cerruti, a fellow attendee.
‎
On the blog, this year I posted 6 recipes: Stewed Brussels Sprouts, Radicchio Risotto with Parmesan Rind, Poppy Seed Potato Bignès, Shrimp, Zucchini and Saffron Linguine, Roasted Green Beans, and Truffles Uncovered, which was also a feature article.

Looking into year five, I hope to continue with more podcast episodes, featuring new and returning guests, as well as have the time to go back to writing more articles and recipes, which is still a great passion of mine. But today, I would just like to stop for a second to thank everyone who has been following my work – thank you for your attention, it’s an honor for me!

2 thoughts on “Four Years of Blogging, One of Podcasting”