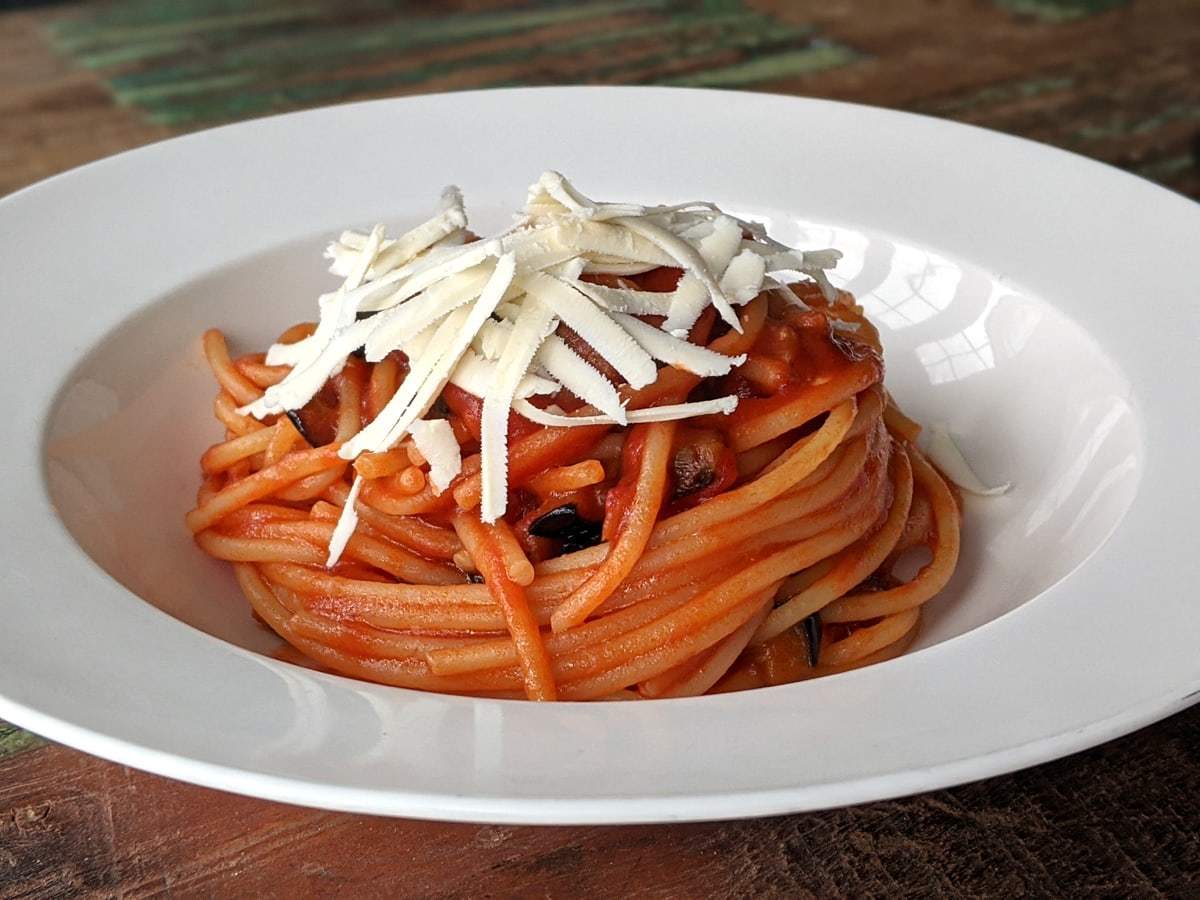 Pasta alla Norma is a staple Italian first course almost unknown in North America. The dish, native to Sicily, is especially known in southern Italy but can be found all around the country.

Alla Norma sauce (likely named after the opera Norma, by Sicilian composer Vincenzo Bellini) can be recognized from other eggplant-based sauces for the use of fried eggplant and for a finish of ‘ricotta salata’ (salted ricotta), not replaceable with fresh ricotta.

Unlike fresh ricotta (a mildly flavored dairy product resulting from the coagulation of the proteins left in the whey after the production of cheese), ricotta salata contains sea-salt and is allowed to ripen for up to 30 days, while being pressed. At the end of this process, ricotta salata reaches a firm consistency and can be shaved or grated. When added to a pasta dish, it brings a savory touch, but also some creaminess, while remaining separate from the sauce (just like regular ricotta, ricotta salata doesn’t melt).

This recipe has been adapted from La Cucina Italiana (October 1986, page 18).