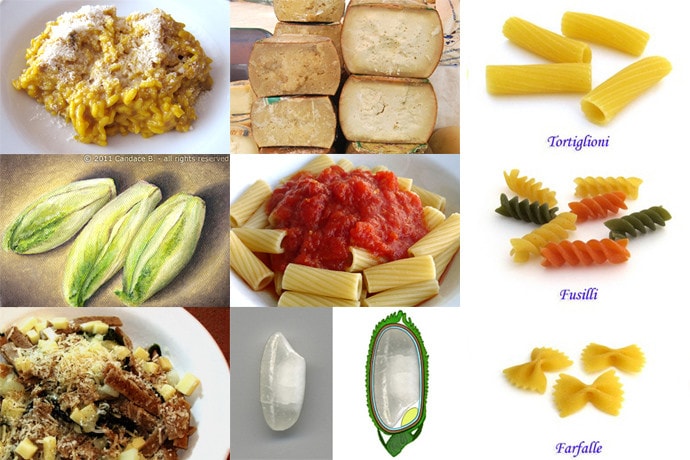 A few days ago I had the honor of being nominated by Nami (@ Just One Cookbook) for the Seven Links Challenge. It consists of selecting seven of my existing posts based on as many given criteria and explaining the reasons behind the choices. So, here I go! 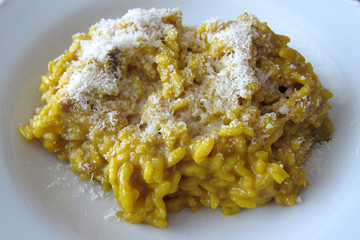 As my most “beautiful” post, I have chosen Risotto with Porcini Mushrooms. This is mostly because I like the picture, a lucky single shot taken on a trip to Italy. After this became my first recipe on Quatro Fromaggio, I continued posting more recipes and realized how hard food photography really is! 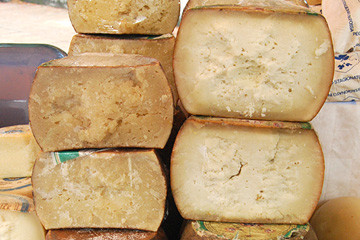 According to Google Analytics, the Formaggio Cheese post is the one that reached my highest number of views so far. Several people find this article while searching for a particular type of Italian cheese. Hopefully, it answers their questions! 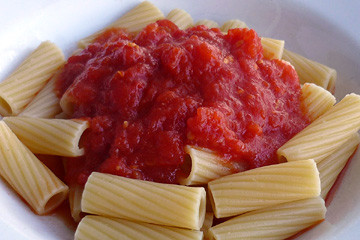 Pretty much every single article on Quatro Fromaggio has some level of controversy. The whole premise of this blog is to compare authentic Italian food to its many aberrations, and my role can’t be too accommodating towards the “offenders” 🙂 In the Pasta 101 article, however, the controversy is in the reference to the Atkins debate. 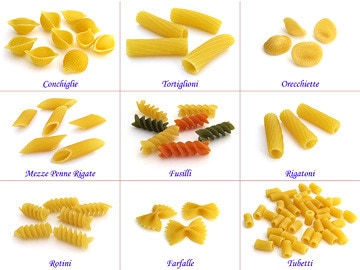 Pasta Names Explained has been called out as the most informative by commenters. This makes me really happy because of the effort that went into the preparation. The collection of the various pictures was the challenge. Since I didn’t want to buy all the different types of pasta at once, I came up with a system based on a home-made lightbox that I could carry with me and use to take pictures in almost identical conditions over time. 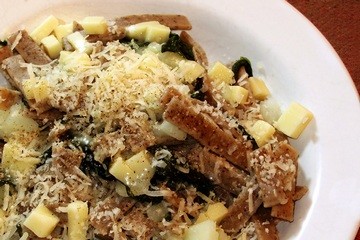 I didn’t think that Google would rank Pizzoccheri della Valtellina as high as it does. In fact, most people come across this page through the search engines. Pizzoccheri is a relatively unknown dish outside of Italy – most readers are probably Italians.

6. The post that did not get the attention it deserved 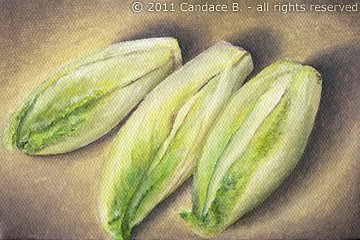 Possibly because I posted it when not many people knew about this blog, but Eating Vegetarian didn’t do as well as I hoped. My fiancée is a vegetarian (and the artist who painted the above picture), and I firmly believe in yummy vegetarian food where nobody would lament the lack of meat. Italian food often qualifies as such. 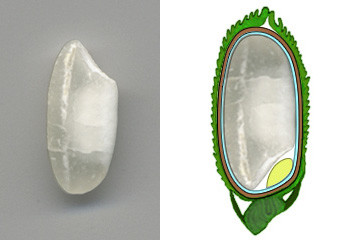 The research work behind Rice Demystified was one of the most productive and satisfying for me. I quickly answered my own questions and I started producing the illustrations, starting from my own scans of real rice grains. I really enjoyed that 🙂

And now to the part where I nominate 5 bloggers and pass the Seven Links Challenge on to them. I have chosen some that I have been following for quite some time, and that have been a great source of motivation and inspiration for me: