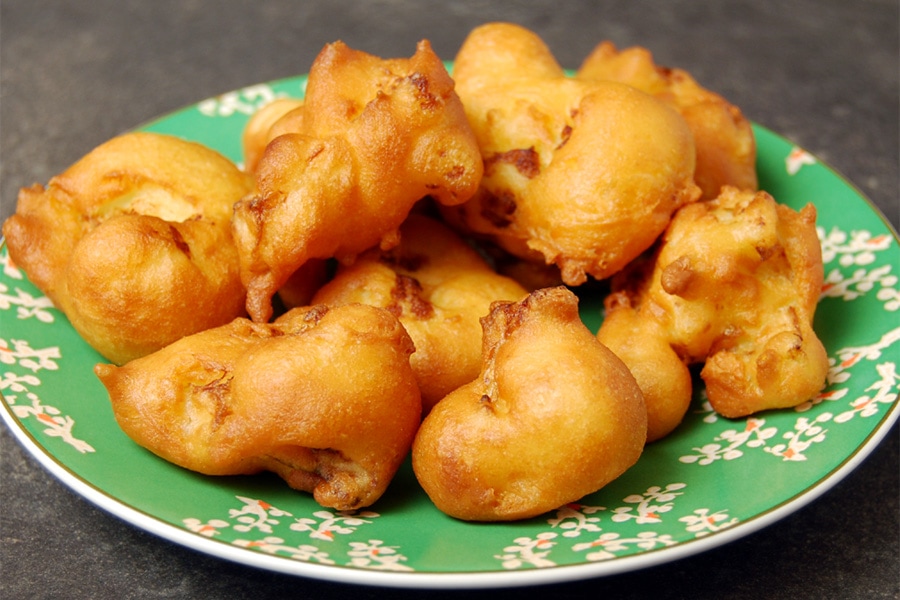 Battered deep-fried cauliflower (‘cavolfiore in pastella,’ in Italian) is an appetizing side dish which originates in Sicily but can be found in many variations all around Italy.

Out of the various kinds of batter, this recipe describes one that is quite opaque—without being too thick—especially suitable for vegetables (including zucchini flowers, which are fantastic, by-the-way!)

Deep-fried batter has a bad reputation for being heavy. However, if the oil is at the proper temperature, it sears immediately and any excess hot oil (with its lower viscosity) drips right off with draining. Still, the resulting dish is relatively high in calories and generally served in small amounts as a side, or as a vegetarian entrée.

The use of olive oil for deep-frying is somewhat controversial due to its relatively low smoke point. However, if you can control the temperature, olive oil is suitable for frying vegetables (which don’t need to reach extremely high temperatures) and brings an amazing extra flavor to the dish. Out of the different kinds of olive oil, non-extra virgin (or even non-vergin) olive oils are preferred for frying since they have a relatively higher smoke point at a lower price point! 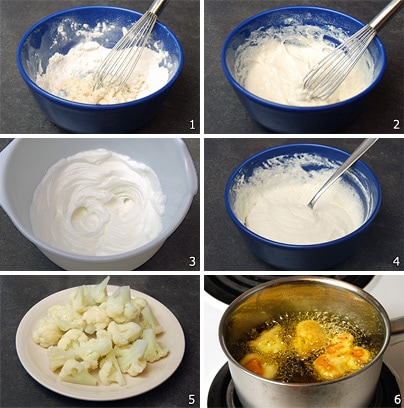