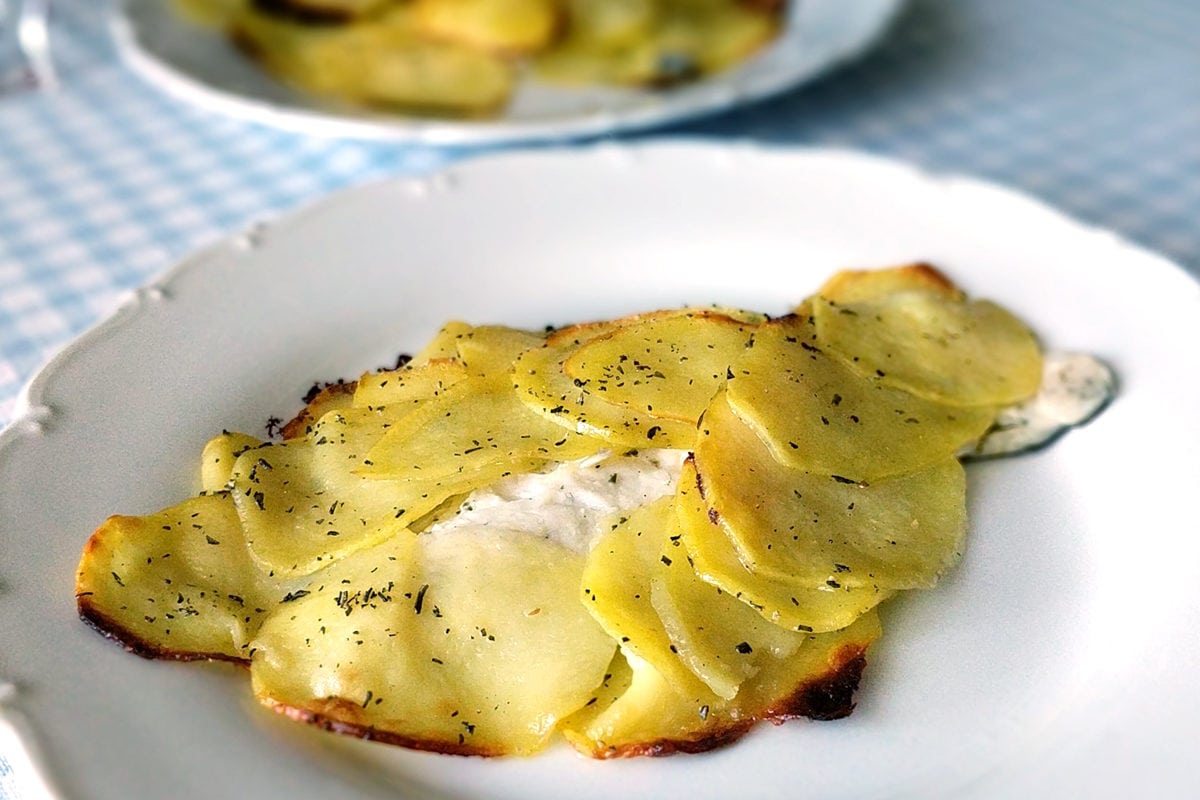 During my last Italy trip, I got a chance to document the making of a dish that has become a staple in my family: potato-crusted sea bream. Based on a quick search, it appears to be quite popular in Italy and it has started to be featured internationally on restaurant menus.

Quite possibly, the diffusion of this preparation follows the increased popularity of Orata (Gilt-head sea bream) and Branzino (European seabass), two kinds of marine white fish that are delicately flavored and low in fat, but still moist and tender.

This is my mother’s take on the dish, a festive second course that showcases its simple but noble ingredients. 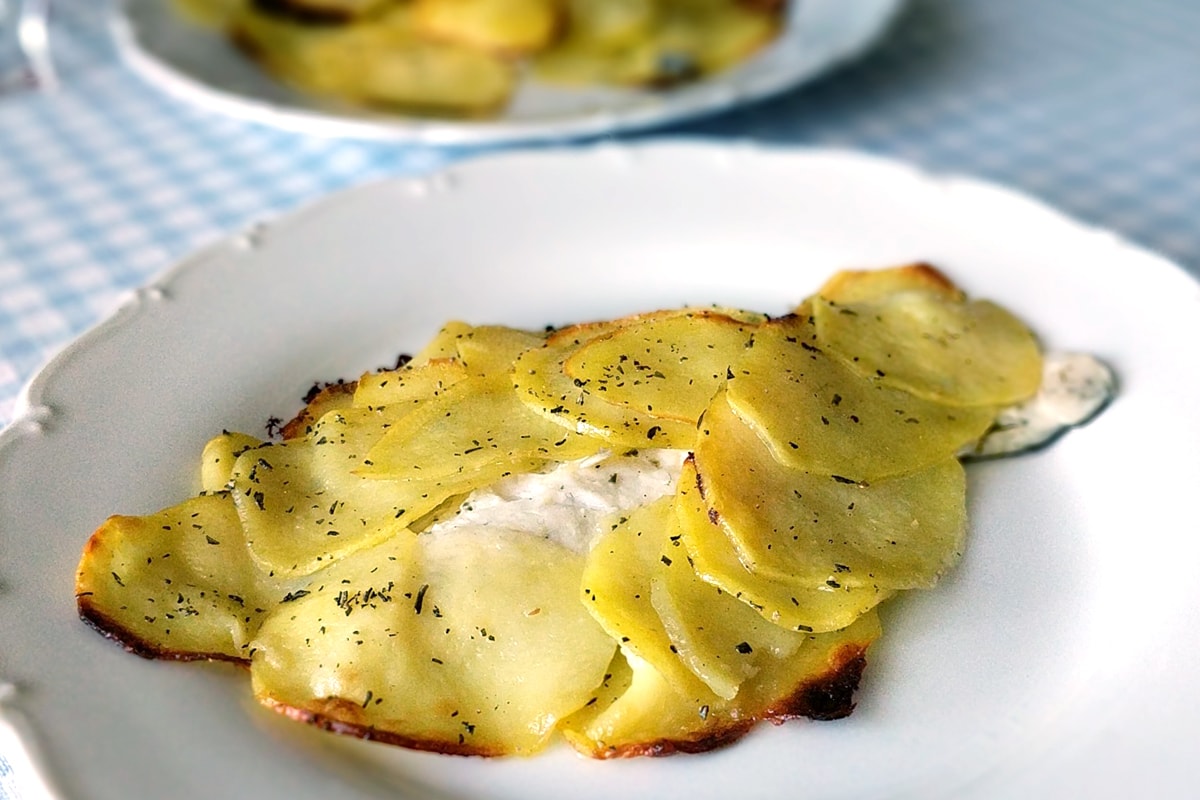