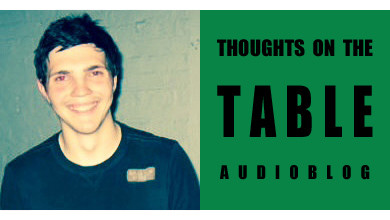 I’ve always wanted to talk about Panettone, Pandoro, and other traditional Christmas food in Italy. When Gino De Blasio suggested that we should do a podcast on the subject, I got very excited. We then arranged the recording, and my excitement can fully be heard in the show 🙂

In this episode, Gino and I discuss the difference between Panettone and Pandoro, and how such difference very much divides the Italians. We also mention a savory preparation called Panettone Gastronomico, which is traditionally served as an appetizer before the Christmas meal. Finally, we talk about ‘cotechino con lenticchie’ the traditional Italian New Year’s Eve dish, and the superstitions that surround it.

Gino and I would like to wish you happy and safe holidays, whether you’ll be having Pandoro or Panettone 🙂 Thanks everyone for listening and in advance for your feedback!

One thought on “[Thoughts on the Table – 39] A Christmas Episode, with Gino De Blasio”