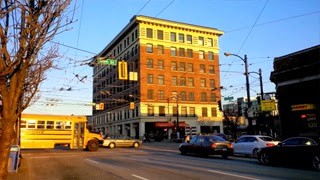 Have you heard of “one second videos”?‎ They are a bit of an old idea now – a creative named Cesar Kuriyama came up with it, went to TED in 2012*, and since then they have become quite popular. How do make a one-second video? It’s simple: record 1-second long video clips every day, then string them all together into a continuous montage. What is the purpose? To keep a log of each day of life. Now, Cesar is going to continue the project for as long as he lives, but a lot of people who entertain it only commit to doing it for one year ‎- which is what I did from Jan 1st to Dec 31st 2014. You can see the end result here, or embedded below.

For my interpretation of the project, I mostly followed the guidelines Cesar chose for himself. Like him, I recorded all clips from a first-person‎ view, my own, using exclusively my camera phone. Also like Cesar, I didn’t make use of any filters or cropping – leaving the only editing (and creative expression) to the choice of the one-second segment within the daily footage.

Every day I set out to record at least one short video, trying to capture a representative 1 second of that day. On some less busy and more exciting days, I easily recorded multiple clips. On some busier or monotonous days, instead, I barely remembered to capture a single clip. Throughout the year, for a total of 6 times, I managed to let the day go by without recording anything – and felt really bad each time, as soon as I realized it. I debated with myself what to do with those missing clips, and decided to simply leave a one-second gap. Looking back at the montage, however, I discovered something interesting. I know exactly why I didn’t capture anything on those days – those were stressful days and when I see these brief pauses I can still remember why. And it’s a 2% error, not too bad after all!

Since my video clips were taken over the course of the year, they show the alternation of weekdays and weekends, and a full cycle of seasons. They also show much of the same dear subjects: my cat, several of the dogs in my workplace, and the food I’m about to eat (especially breakfast and brunch). Since all videos are taken from my point of view, you won’t directly see me in them. I also chose not to portray my wife, friends, or family. This was of course to protect their privacy. In the videos, though, you will see a number of strangers – I figured they wouldn’t know and therefore mind :).

While working on the project, I realized that capturing the most meaningful moment of each day is actually not that easy. Meaningful moments tend to demand full attention, and more often than not I would realize that I should have been recording when it was too late to do it. To capture everything, I should have always been recording, but that wouldn’t have been practical and also wouldn’t have necessarily been legal. So I got into the habit of recording a quick video every morning during my commute to work, just in case I would then forget to take a more meaningful one. This morning clips also served as backup in case the day got busier and I would have risked forgetting. Looking at the end result, though, I was happy to discover that those commuting clips are actually quite interesting to look back at, not at all boring like I thought they would have been.

Looking at the end result, I also was able to appreciate an interesting advantage that videos have over static pictures. A one-second video contains a lot more information than a still frame of the same duration. Even though one-second videos are made of only 30, mostly identical still frames in rapid sequence, they are easier than static pictures for our brain to read because they communicate motion and have depth. They also have sound.

Finally, I also realized that 1 second each day doesn’t necessarily give true snapshot of how I spend my time. I’m starting to think that there may be a way to refine the project to capture a more accurate log. Maybe I should try a variation where every day I record 1 to 5 clips that capture as many meaningful moments. Then, I could put together a 5-second segment for each day: on days with only 1 clip, I would select a 5-second segment; on days with 5 clips, I would select 5 one-second segments; on days with 2, 3 or 4 clips, I would distribute the 5 seconds among the clips available. What do you think? Do you want to try?

*The original TED Talk is also on Youtube, and so is my one-second video.

4 thoughts on “One Year, One Second a Day”