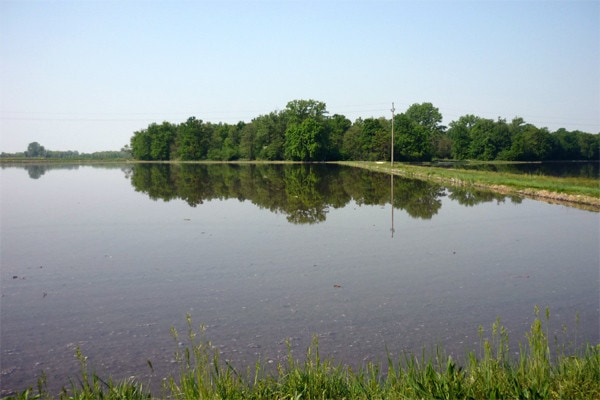 Rice plays an important role in Italian cuisine, especially in the North as the main ingredient of risotto, and may be found in timbales and soufflés. Rice is also an alternative to pasta in soups and salads, whereas rice flour is used to make specialty bread, pasta, and even cookies.

Not all rice varieties are the same, however. In this article, we will describe the difference between the various types and how it relates to their distinct culinary uses. This will also reveal the secret of the best risotto rice. We will also touch on the fundamental difference between Parboiled (popular in Italy and almost unknown in North America) and Instant rice (almost unknown in Italy).

But, first, what is rice? Rice is the seed of the Oryza sativa grain, or more precisely of one of its two main sub-species: Indica and Japonica. Even though nowadays rice is cultivated almost everywhere in the world (though China, India, and Indonesia are by far the biggest producers), rice was first domesticated in tropical Asia as early as 7000 BC. The cultivation slowly expanded westward, and in the 8th century the Japonica species, which adapted to more temperate climates, reached Europe. It wasn’t until the 16th and 17th centuries that rice was introduced to the Americas by settlers from Spain and Portugal.

Rice became widely diffused in Italy during the 15th century. Particularly, it found its most ideal growing conditions in the Po Valley, the vast flatland (650 km long) that surrounds the Po River. Nowadays this area is still at the center of its production (the featured picture shows rice fields in Piedmont).

Even though rice is not an aquatic plant and doesn’t require submersion in water to grow, rice fields are often completely flooded. This ensures a more constant temperature between day and night, which is necessary for this particular grain to develop properly and efficiently.

From a botanical point of view, the rice grain is made of 5 components:

To obtain brown rice, the raw grain is milled to remove the chaff. The bran left on the grain gives it the characteristic color and flavor and is responsible for the longer cooking times. For white rice, the milling process is extended to remove the bran, the protein-rich aleurone layer, and the germ. The grain is then polished with fine brushes – a process that also removes oils and enzymes, making the product more stable and easier to preserve.

Compared to brown rice, white rice is lower in fiber and lacks some important nutrients, but it still remains a complete cereal from a nutritional standpoint. According to the USDA National Nutrient Database, aside from water (12%) and carbohydrates (80%, mostly in the form of starch), it contains significant amounts of proteins (7%), vitamins (B1, B2, B3, B5, B6), and minerals (phosphorus, potassium, calcium, magnesium, zinc, iron).

Parboiled rice (also called Converted rice) is obtained by quickly boiling or steaming the raw grains before milling them. This ancient process has been used for over 2000 years in India and Pakistan, where it’s still a common treatment for rice. The process results in a product with higher nutritional value than white rice because some of the vitamins in the bran and germ diffuse into the grain. Its grains are hardened and take longer to cook, but remain intact and separated and are less likely to overcook. They are also more stable, resulting in a product that can be stored in the refrigerator after cooking. Less known in North America, in Italy parboiled rice is commonly used for sides and cold salads (Insalata di Riso).

Quick-cooking rice (better known as Instant rice or under the brand name ‘Minute Rice’) is a completely different product. It’s either pre-cooked rice that is then dried to cause fissuring so that it will re-hydrate more quickly, or “reconstituted rice” a cooked mixture of rice flour and hydrogenated oils that has been extruded in rice-shaped nodules. These types of rice require only 5 minutes in hot water to be re-hydrated and ready for consumption, but the nutritional value, as well as flavor and texture, are seriously compromised. Commonly used in North America, Instant rice exists also in Italy but its market is substantially lower.

Let’s now go back to the different types of rice. As we mentioned, all rice contains high amounts of starch, but not all starch is the same. Starch is made of a combination of the non-water-soluble amylose and the water-soluble amylopectin: the proportion between the two components determines the properties of the grain.

In Italy, only Japonica rice is produced. It is classified into 4 categories:

This leads to what good risotto rice is all about. While cooking a risotto, the outer part of the rice grain is ground off by the friction of constant stirring while the cooking liquid is gradually added. The starch that is removed mixes with broth and turns into a creamy sauce that binds the grains together. High amylose (i.e. non-sticky) rice with relatively big grains is, therefore, the best choice – Arborio and Carnaroli being the most renowned varieties.

4 thoughts on “Rice Demystified – Which Rice Variety is Best for Risotto?”