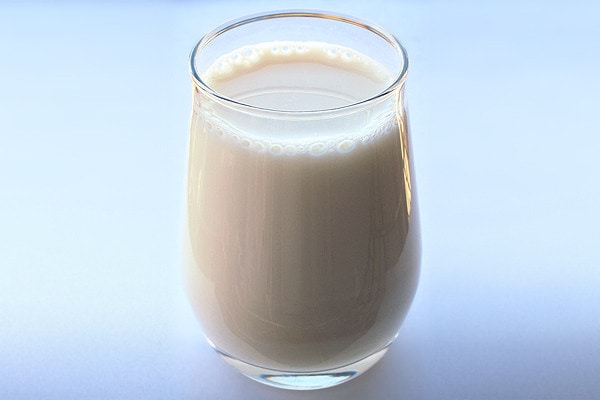 For a blog that talks about Italian food compared to its North American counterpart, milk is probably one of the less obvious choices of topics. But if cow milk is similar, how milk differs as a product and how Italians and North Americans look at it can be quite interesting. For instance, it is perfectly normal for Italians to buy fresh milk with a shelf life of 2 days, or meant to be stored unrefrigerated for months before consumption.

Before we venture ourselves into the different preservation techniques, let’s talk for a moment about the relationship between Italians and milk. Italians like fresh milk just as much as North Americans do, but research shows that its consumption as a drink is less in Italian adults. A glass of milk isn’t commonly available in coffee bars and especially in restaurants because Italians don’t have milk with their meals. Flavored milk is also quite uncommon in Italy – chocolate milk does exist, but is only meant for young children (and is not as dense as the North American one). The consumption of milk-derived products, such as cheese, is instead higher in Italy.

Flavor-wise, Italian milk can taste quite different from the North American one. Flavor largely depends on how the cows are fed. For instance, a prevalently dry hay diet produces a mildly cheesy aroma, while lush pasturage produces sweeter flavors, but also barnyard indoles(3). Homogenization and pasteurization, which are nowadays standard for almost all milk, also affect the flavor.

Homogenization is a treatment developed in France around 1900 to prevent milk cream from rising to the top. The homogenization process breaks down the fat globules into smaller ones (from 4 μm to 1 μm). Caseine particles form a coating around the fat globules and this weighs them down and interferes with their ability to clump, keeping them evenly dispersed in the milk. The structural changes introduced by homogenization cause the milk to taste blander, but also feel creamier, and appear whiter(3).

The use of heat as a way to sanitize milk has been documented since the 1820s, but it took until the beginning of the 20th century for milk pasteurization to be regulated and required by the governments(3). Raw unpasteurized milk can, in fact, be quite harmful, as it has a relatively high chance to become infected with dangerous bacteria including salmonella and listeria. Nowadays, raw milk is illegal in Canada, whereas in Italy and in the U.S. its commercialization is restricted to authorized farms (which must be frequently inspected) that can only sell directly to the public within their premises.

The effects of thermal processing on milk vary based on its intensity and provide different levels of sanitation, shelf life extension, and side-effects on flavor and nutritional values. The following treatments are considered standard(2):

In recent years, the milk industry has devised an alternative to UHT which is also capable of extending shelf life, still without using preservatives. Through a process called “microfiltration”, between 99.0 and 99.9% of bacterial cells (including most spores) are removed by using ceramic membranes with pore sizes of about 1 μm(2). Since the fat globules are also about 1 μm in diameter, before microfiltration the milk’s cream is separated, sterilized using a regular UHT treatment, and then added back. Microfiltered milk is nutritionally equivalent to regular pasteurized milk, but with a longer shelf life of up to 3-4 weeks, if properly refrigerated. Flavor-wise, it’s considered similar to regular pasteurized milk, but with a creamier texture.

Under the same storage temperatures, milk’s shelf life depends on its “keeping quality”, which derives from the quality of the raw milk, the type of pasteurization, and the level of post-processing contamination(1). Keeping quality varies from country to country based on shelf life demand. In Italy, an expiry date of only a few days in the future is considered acceptable for milk, since it’s quite common to buy fresh ailments daily. In North America, a minimum of 2 weeks is generally the requirement.

Because of the shorter shelf life of fresh milk, Italian milk is sold almost exclusively in 1-liter containers. UHT milk is also sold in 1-liter containers because of its limited expiry time once opened. North American milk instead supports larger formats up to 4 liters, or 1 gallon (in the U.S.).

Another important difference between Italian and North American milk is in the use of “fortification”. In Canada and the US, by law, vitamin A (a fat-soluble vitamin) is added to all skimmed milk to compensate for the amount that was removed when the milk was skimmed. Milk is also fortified with vitamin D, as regulated by law, to compensate for the lack of exposure of the cattle to direct sunlight. Italian milk has no additives.

Finally, as a summary of the differences here is a comparison table.

(3) Harold McGee. On Food and Cooking: The Science and Lore of the Kitchen. Second edition (2004).

9 thoughts on “There’s Milk and Milk”