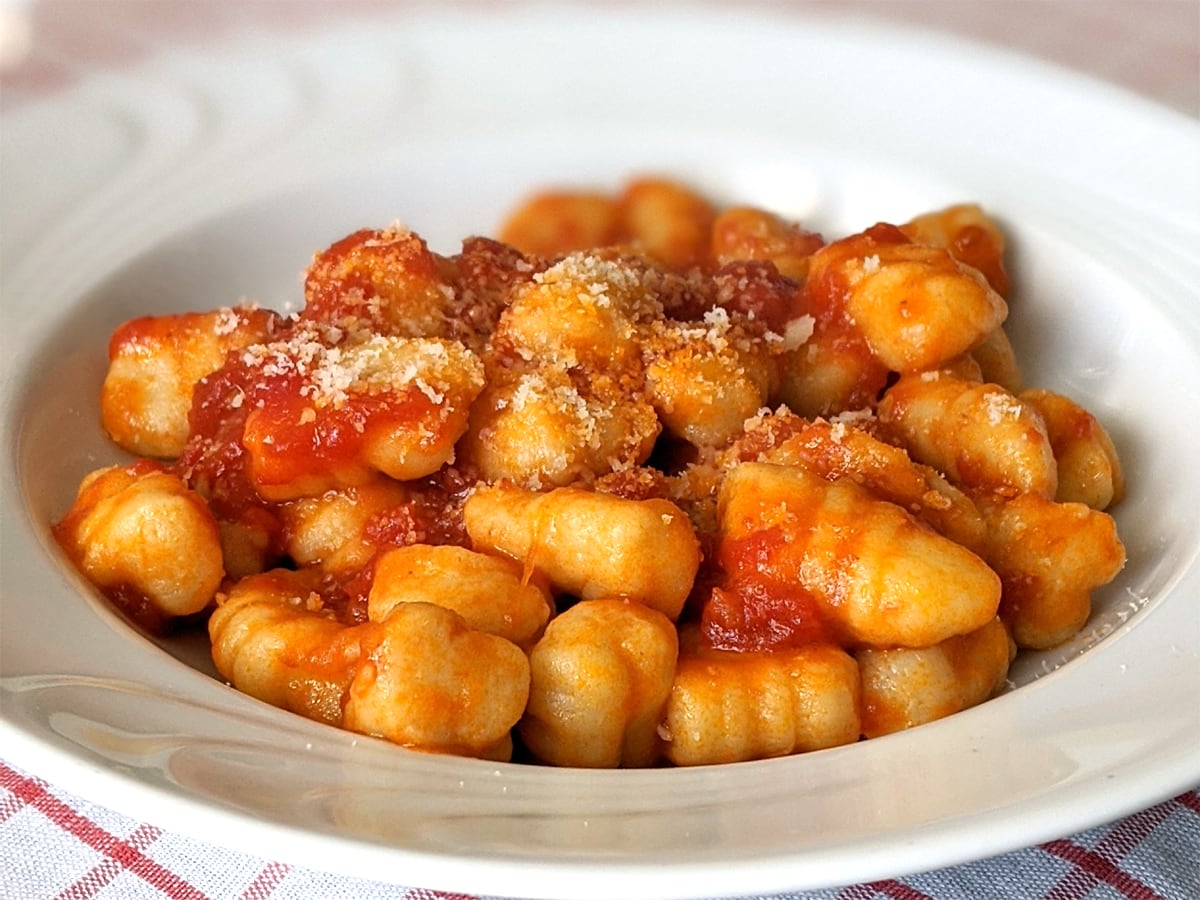 Potato gnocchi are a common alternative to pasta in first courses. They are made by mixing riced potatoes with flour and egg. There are, however, several other types of gnocchi, such as ‘gnocchi alla romana’ (typical of central Italy) which are made with semolina flour (and without potatoes). In the area near the Austrian border, flour ‘gnocchetti’ (the equivalent of the German spätzle) are used as an accompaniment instead of rice or potatoes.

Potato gnocchi can be served with any pasta sauce. However, some sauces pair more successfully with their flavor and texture: tomato sauce, butter and sage, Gorgonzola sauce.

This recipe yields 5-6 servings. It’s quite simple to make but may easily take 2 ½ hours.