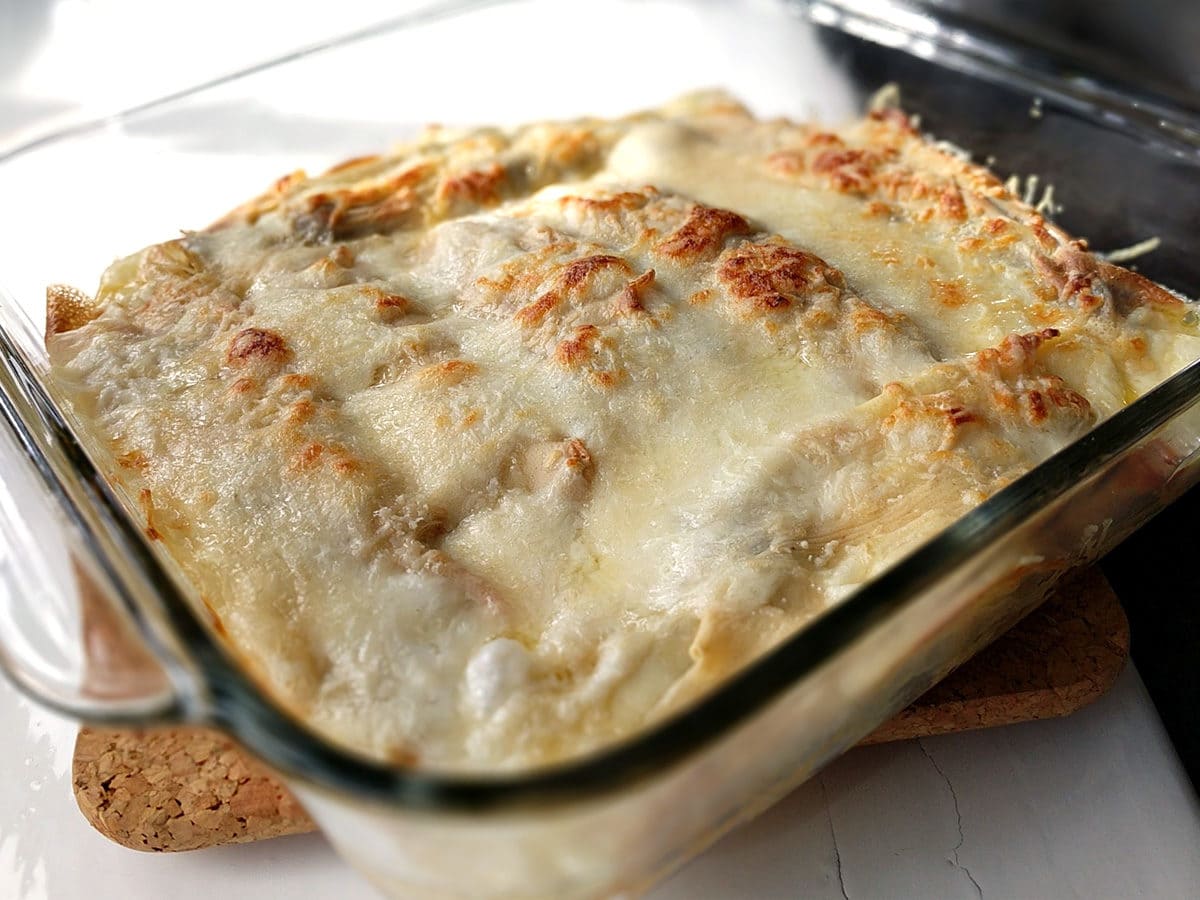 Crespelle are the relatively unknown Italian equivalent of the world-famous French crepes. Although very similar to crepes, crespelle are often baked in the oven with other ingredients.

Both in crepes and in crespelle, the batter is mainly made of milk, flour, and egg. The proportions, however, can vary considerably from recipe to recipe. The version I’m presenting is light in the egg and flour, making for a batter that is quite runny and which turns into a thin disc. The resulting crespelle are more brittle than those made with higher proportions of egg and flour, but they are strong enough to be handled and are more similar in flavor and texture to fresh pasta. This makes them a great vessel to hold the filling without overpowering the dish.

The result is a decadent first course that is perfect for a festive meal as an alternative to other baked dishes like lasagna or cannelloni. 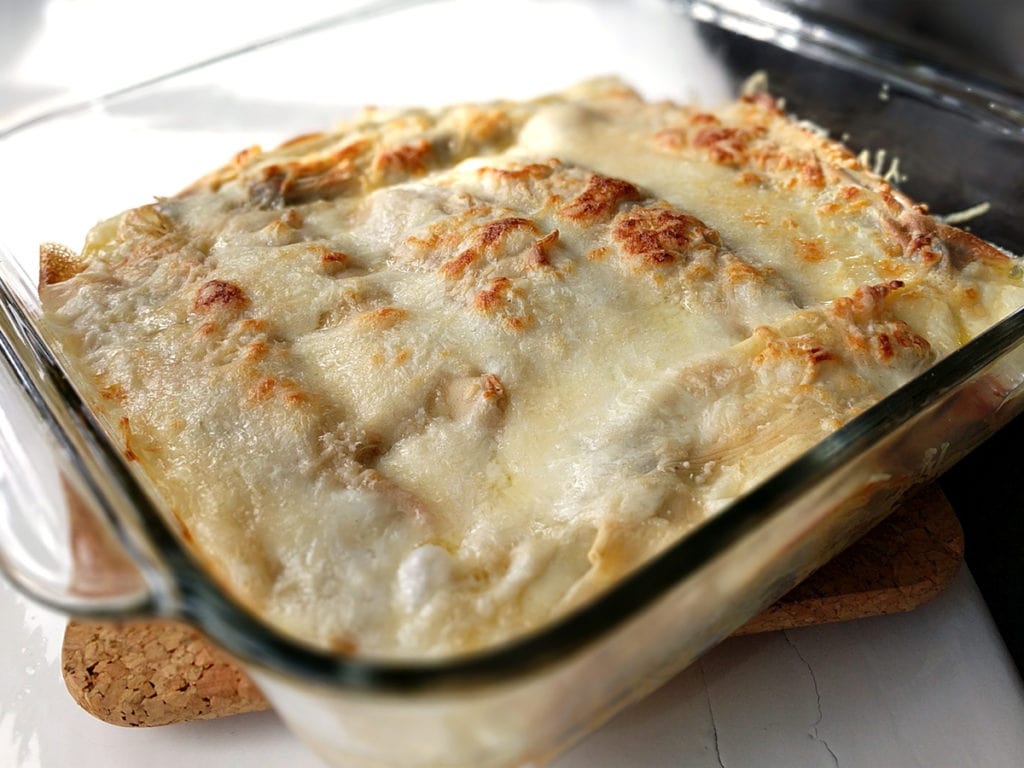 Note: Instead of using bechamel, the crespelle can be baked with butter and sage. After rolling, cover with sage leaves and butter drops, then bake in the oven until golden.

4 thoughts on “Mushroom and Cheese Crespelle, the Italian Crepes”