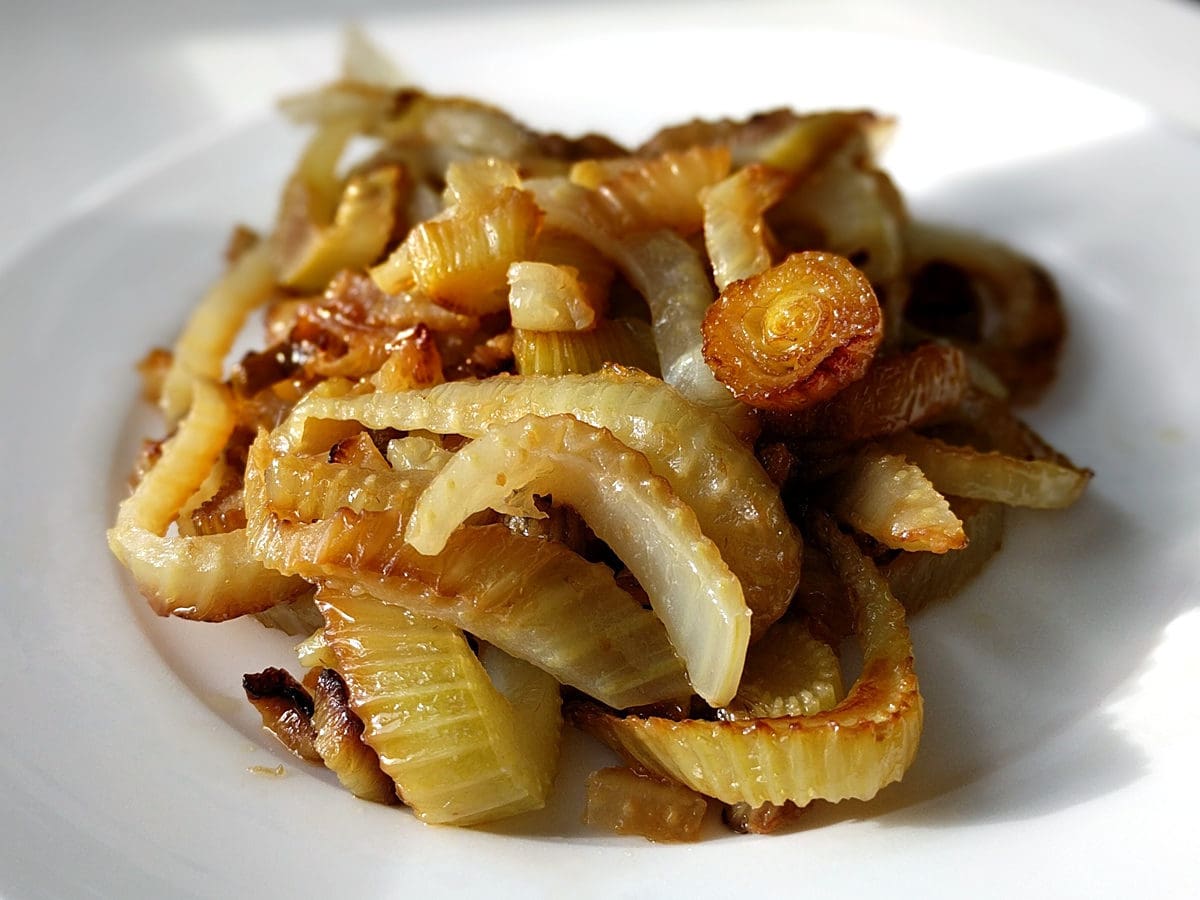 Side dishes have an important role in Italian cuisine. These, often vegetarian, preparations are meant as an accompaniment to a second course, whether it’s meat or fish, a piatto freddo (literally, cold dish) of cheese and/or cold cuts, or a vegetarian preparation. To have a side of braised fennel was common in my family while growing up, and I now make it regularly.

Fennel is known for its aromatic seeds and as a vegetable consisting of the lower part of its stalks, which form an enlarged bulb-shaped bundle(1). As the stalks separate, they become fibrous and are discarded in cooking. Fennel belongs to the umbellifers family along with celery (which it visually resembles), carrots, parsnip, parsley, cilantro, dill, anise, and other plants which tend to produce flowers in umbrella-shaped clusters.

Fennel has a strong anise aroma due to the presence of anethole, an organic compound also found in anise seeds. Some say that fennel tastes like licorice, but this is really because many licorice candies are flavored with anise.

Nutritionally, fennel is a good source of vitamins (e.g.: C, A), minerals (e.g.: potassium, manganese), as well as carbohydrates in the form of dietary fiber (non-digestible) and sugar (3.9% in weight).

Fennel is consumed raw (e.g.: thinly sliced and added to salads) or cooked (e.g.: roasted, braised, or au gratin). In this recipe: 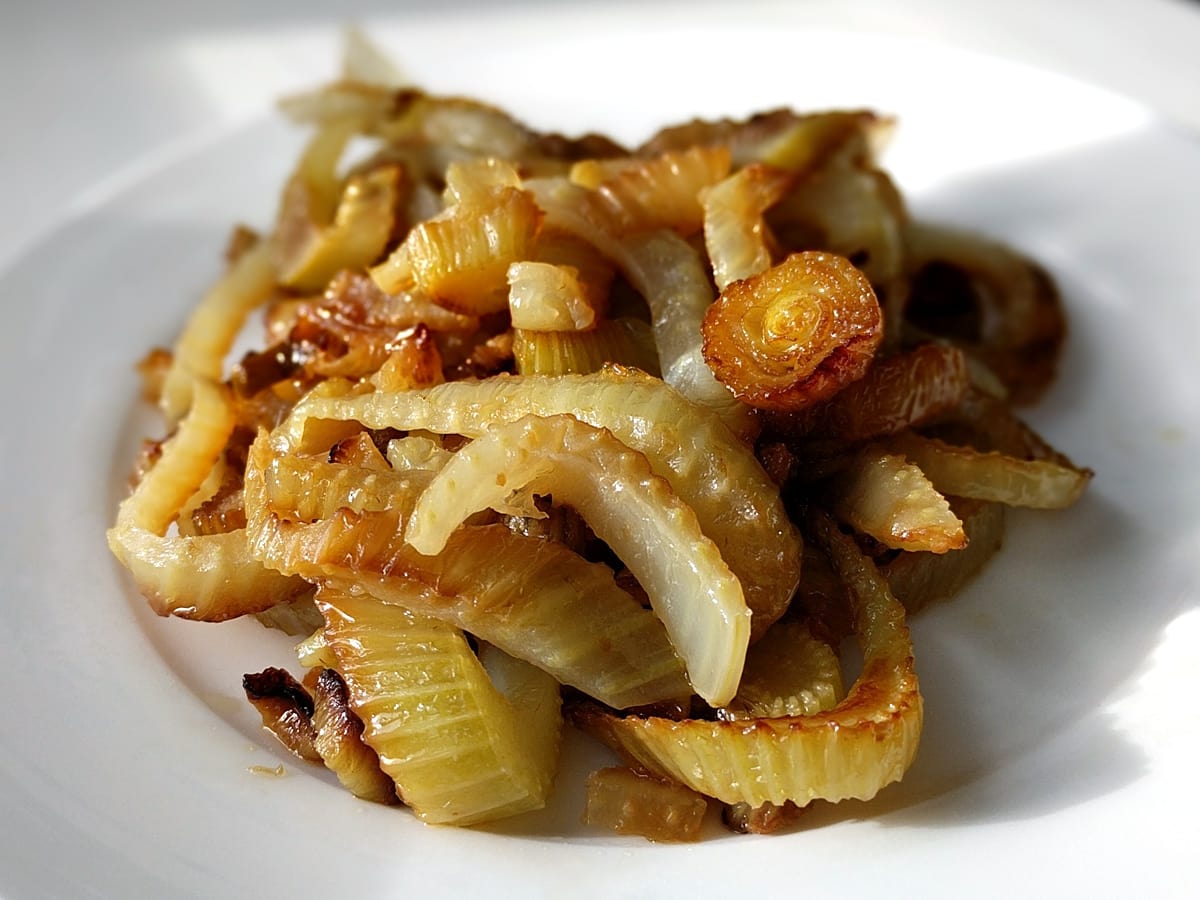 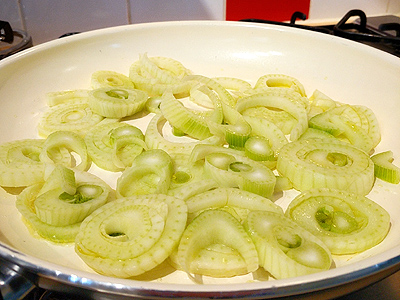 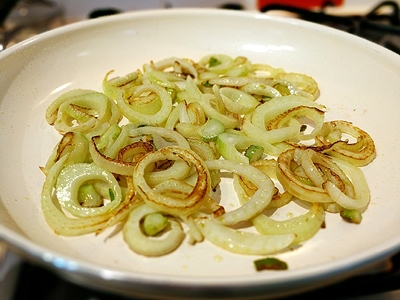