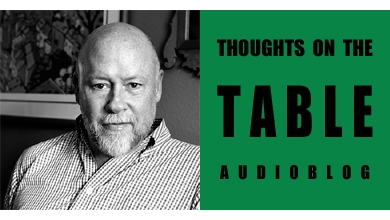 Blogger and photographer David Scott Allen from Cocoa and Lavender is back on the podcast to discuss a guest article I wrote in collaboration with Diana Zahuranec and other bloggers on “The Basic Rules of Italian Food.” For instance, among the various topics, we talk about the fact that no Italian would dare to cut spaghetti with a knife, to have a cappuccino after a meal, or to cook pasta other than in plenty of salted water at a full boil. 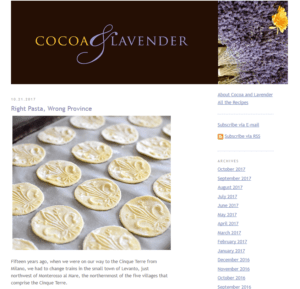 To conclude the episode, David introduces his latest recipe which is dedicated to the traditional Ligurian pasta shape called “Corzetti.”

The music in the episode is by www.purple-planet.com.