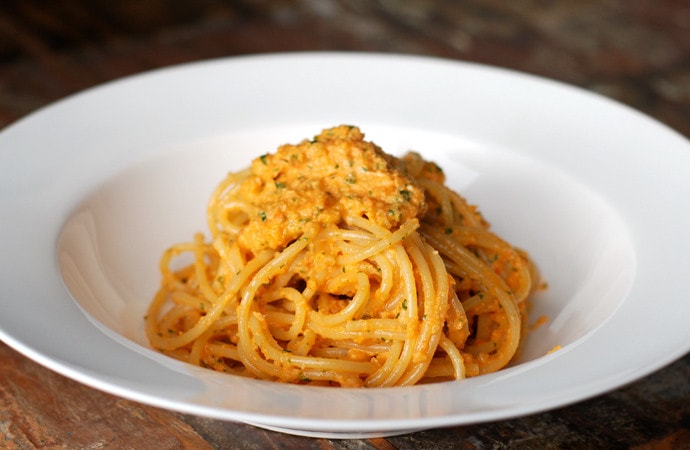 I’m from northern Italy – only been to Sicily once – and I only had heard about this dish before moving to Canada. Thanks to my friends food-bloggers, however, this dish tickled my attention, I starting making it, and I think it has already become part of my repertoire! What I love about Pesto alla Trapanese is how fresh it tastes, and that it can be prepared quickly (as the pasta cooks) and pretty much all year-round (unlike Pesto alla Genovese which requires large amounts of fresh basil, which is best in the summer).

Since I’m far from an authority on this dish, I’m presenting a variation over Frank Fariello‘s rendition. Similarly, it makes use of uncooked cherry tomatoes that are mixed in with other ingredients in a blender – a method quite common these days, as opposed to using mortar and pestle (which is traditional and at the origins of the name “pesto”). Aside from the blending technique, I substituted Pecorino for the milder (though geographically incorrect!) Parmigiano, and increased the amount of almonds for a grittier and drier sauce. 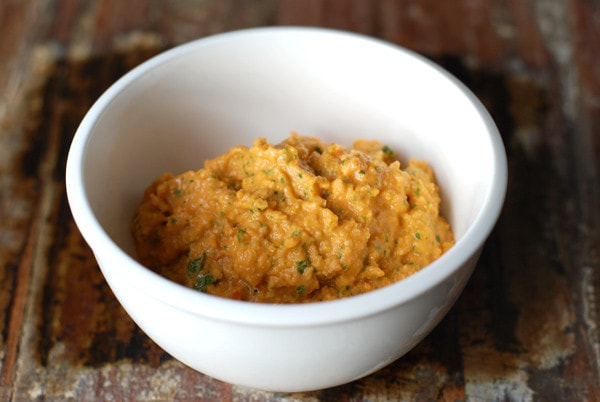 15 thoughts on “Pesto alla Trapanese, with Almonds and Fresh Tomatoes”