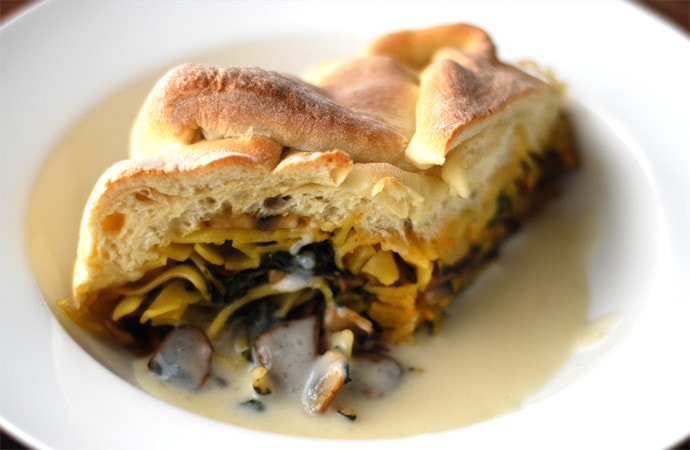 A few weeks ago, I was thrilled to be invited by Roz from La Bella Vita to write a guest post for her blog. She asked if I could present a traditional Italian Christmas dish. I didn’t really have a dish that is only for Christmas, so I chose a recipe for really special occasions – an Italian classic adapted from Silver Spoon’s “Pasticcio di Tagliatelle”.

As I explained on Roz’s blog, “in Italian cuisine, a ‘pasticcio’ (sometimes referred to as ‘timballo’) is a preparation in which several ingredients (including pasta or rice, meats, and sauces) are baked in the oven within a pastry shell or a pie crust. The resulting dish, which looks plain on the outside but reveals rich fillings, was invented in the 1700s by palace chefs precisely to surprise and delight their noble guests. Today, pasticcio is still considered a dish for special occasions, including the Christmas meal.”

For the wine gravy

For the wine gravy