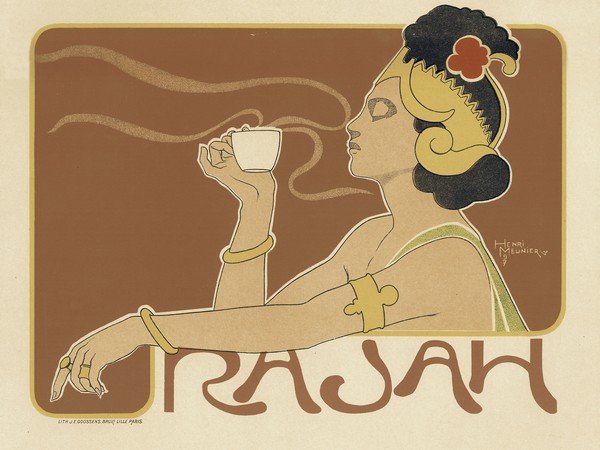 Is there more caffeine in an 8 oz medium roast drip, in a single shot espresso, or in an 8 oz dark roast drip? Where does the espresso crema come from? What is the difference between the Percolator and the Drip Pot? What is the Italian Moka? This article answers these and more questions by giving an overview of coffee: from its origins, to its composition, to the coffee machines and the different ways to brew it.

Let’s start from the core: the brewing process. The extraction of desirable substances from the coffee beans into water depends on three factors: the temperature of the water, the amount of time that coffee and water remain in contact, and the extent of the surface of contact (which is lower for a coarse grind and higher for a fine grind). As we will see, these parameters vary substantially between the different brewing methods.

The extraction ratio can be measured as the weight of dissolved grounds in the drink, relative to the total weight of the ground coffee used. Ideally, it should be between 18 and 22%, but higher ratios are sometimes desirable. The strength of a brew depends on the extraction ratio but also on the amount of water used: it can be expressed as the weight of dissolved grounds relative the weight of finished product. The strength ranges from 1.3% for the average drip coffee to 5.5% for espresso.

Besides its intensity, the extraction percentage affects the flavor of the brew. The acidic components, in fact, are easier to extract and tend to dominate in under-extracted coffee. Astringent and bitter components, instead, are harder to extract and therefore prevail in over-extracted coffee. This, combined with the type of coffee beans used and depending on the type of roasting, determines the overall the composition of the brew and its flavor.

Which has more caffeine? Espresso or drip?

Knowing the desired extraction and strength, we can calculate how much coffee grounds are needed for any type of coffee. Particularly:

There are two main varieties of coffee beans: Arabica and Robusta. Arabica has higher amounts of oils, contains twice as much sugar (and as a result has higher acidity due to sugar breakdown), and has half of the caffeine found in Robusta.

During the roasting process, both varieties undergo major transformations. When the coffee beans reach a temperature of 160°C (250°F) the Maillard browning reaction causes them to develop the characteristic roasted color and aroma. Medium roasts are heated up to 190°C.

At around 200°C (390°F), part of the oils are driven to the surface and burn off causing a more intense burnt flavor. Some of the caffeine also burns off, while carbon dioxide (CO2) starts to develop and remains partially trapped in the beans. Dark roasts are heated to 220°C and therefore have less caffeine and oils than medium roasts. They do however contain CO2, which, as we will see, plays an important role in the production of the espresso crema.

Since the aromatic compounds and the CO2 are quite volatile, brewing should ideally take place within a few days of roasting, and within minutes of grinding.

As we mentioned earlier, the depth of the extraction depends on the brewing method used. Over the course of history, several brewing techniques have been developed, each with unique properties. Interestingly, most of them are still in use today in various parts of the world. Let’s go through the main ones in chronological order.

Circa 1450 – 1700. Coffee is born in the Sufi monasteries around the city of Mocha (in Yemen, southern Arabia). Legends indicate that the practice of brewing coffee is tied to the discovery of the reinvigorating effects of caffeine. Coffee then spreads to Egypt and North Africa. During the 16th century, it reaches all of the Middle East and starts to be traded throughout the Mediterranean. As it enters Italy through the trading post of Venice, coffee expands to the rest of Europe. In the 17th century, England, France, the Netherlands, and Austria all become regular coffee importers.

During these times, coffee is exclusively brewed by direct infusion. Roasted powdered beans are boiled in sugared water (fig. 1). After bringing the mix to a boil, the unfiltered coffee is poured into cups, where it rests for a few minutes to allow for the suspended particles to sediment. Since the ground coffee can be in touch with water for a long time, direct infusion tends to over extract. Moreover, the extraction continues even after pouring, turning the coffee more and more bitter as time goes by. This simple technique is still in use in the Middle East, Greece and Turkey.

1700. In France, the grounds are isolated from the water using a cloth bag and can now be easily removed after the brew is complete.

1750. Still in France, the Drip Pot (or Filter Drip) is invented. This is the first example of percolation: hot water is poured over coffee grounds, it percolates through them (pushed by gravity), and then it passes through a filter (fig. 2). Drip Pot prevents over-extraction by limiting the amount of time that the water is in contact with the grounds and by operating with water below its boiling point. This method will become today’s American favorite, also thanks to automatic drip machines.

1800. A number of new methods are introduced:

1855. The first espresso machine is presented at Paris Expo. The machine is capable of producing individual shots of coffee expressly “on demand”, hence the name. The operating principle is simple: hot water is pushed at high pressure through finely ground coffee (fig. 7). The result, however, is a completely new product. The process extracts the oils contained in the coffee beans, which are emulsified into droplets that bound to the coffee particles in suspension in the water. The emulsification gives the drink a syrupy consistency that binds to our taste buds, accentuating the coffee flavor. The fast brewing process also rapidly extracts the CO2 stored in the grounds, causing the aeration of the emulsion and producing the persistent foam known as crema (Italian for “cream”).

1905. Desiderio Pavoni founds in Milan the first company that mass produces espresso machines. Throughout the 20th century, the espresso machine becomes more refined and new standards are determined in terms of ideal brewing parameters. The best results are obtained by heating water to 93°C, and by pumping it at 9 bars through a 7 g patty of compressed grounds (for a single-shot). The extraction takes 20 – 30 seconds and produces 30 – 40 ml of coffee (1 – 1.5 oz).

1933. The Italian “Moka” is patented by Luigi De Ponti for Alfonso Bialetti. Also known in Italy as ‘caffettiera’ (coffee maker), the Moka is a particular kind of percolator where the water goes through coffee grounds while still on its way up, as it is pushed into a funnel by steam pressure (fig. 8). Just like the espresso machine, the Moka operates a quick extraction and requires finely ground coffee. Since it operates at boiling temperature, it produces a slightly over-extracted coffee, which is however popular in Italian homes.

1970. Home espresso machines appear, but they have limited success because expensive and hard to operate.

1990-2000. More practical home espresso machines enter the market. These can be fully automatic (with a built-in grinder) or based on coffee pods or capsules. The new machines are more reliable and increase in popularity.

To conclude the overview, here is a summary of the various brewing methods with their distinguishing properties.

– David Joachim, Andrew Schloss, A. Philip Handel. The Science of Good Food: The Ultimate Reference on How Cooking Works. 2008.
– Harold McGee. On Food and Cooking: The Science and Lore of the Kitchen. 2nd edition (2004).

– The vintage poster used for this article (by Henri Privat-Livemont, published in Paris in 1897) is royalty-free.
– All illustrations © Quatro Fromaggio. All rights reserved.

7 thoughts on “The Coffee Machines – The Evolution of Coffee Extraction”