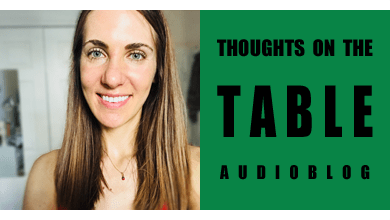 Diana Zahuranec is back on the show to join the conversation on culture shock – whether it’s associated with relocating, and whether it can also occur when going back. During the episode, Diana shares her experience following her six-year relocation to Italy and her subsequent return to the United States. She also analyzes the life in New York City, where she is now based, in contrast with suburban living in the USA, and in surprising accordance with the Italian lifestyle she was used to in Turin.

This episode’s discussion refers to Diana’s article titled There and Back Again: The transition from Italy back to the USA.

Diana blogs at dianazahuranec.com and can also be found on Twitter @zrdiana as well as on Instagram and LinkedIn.

Diana and I would love to hear your thoughts on this subject! What is your definition of culture shock? Have you experienced it? Was it associated with a relocation? Please add your comments 🙂