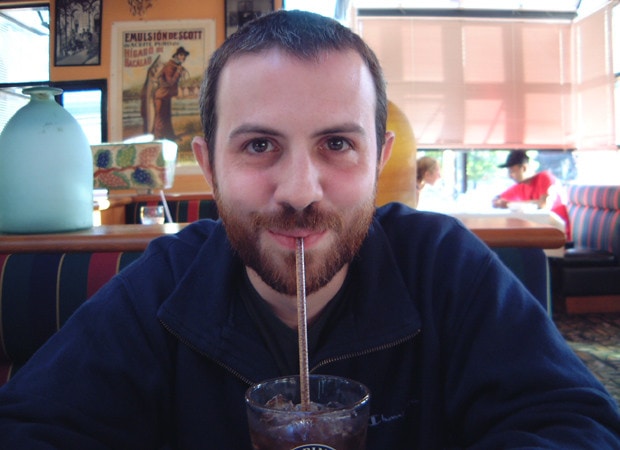 I came to Vancouver in 2001, right after getting my Electronic Engineering degree. I had a six-month contract as a software engineer, joining an Italo-Canadian development team. Naturally, I was very excited for the professional experience that awaited me, but I was even more excited for the opportunity to discover a big new city in an enormous new continent – along with its language, its culture, and its food!

During my first few weeks, I trusted my Italian coworkers for food recommendations. They had been living in Vancouver for over a year already and had developed a liking for a pool of Asian and south Asian restaurants, but also for some Ethiopian and Greek establishments. I always loved discovering new cuisines, so I was happy to follow my coworkers around (also because I didn’t quite miss Italian food yet). During those days I learned how to use chopsticks and got to try a whole range of new dishes, including sushi – still one of my favorites.

When on my own, despite trying to expand my horizons to North American food, I kept going back to foreign food. Thinking of it, this is probably because “ethnic” restaurants were meant for foreigners – there, I could order my meal simply by pointing at a picture on the menu, or by reading the number next to it. In North American restaurants, instead, my Caucasian physiognomy was probably deceiving with regards to my language challenges – people expected me to speak English and therefore adjusted my words to their closest logical interpretation. This sometimes resulted in a different dish being brought to me instead of the one I ordered, like that time I was served a Caesar salad instead of a sesame salad, simply because I didn’t know the final ‘e’ in sesame is not silent.

Eventually, through trial and error, I learned how to order food. But I wasn’t totally immune to misadventure. One day, being quite desperate for something a bit more familiar, I stumbled into a McDonald’s and I distractedly ordered: “One cheeseburger and a beer.” In Italy every McDonald’s sells beer, so I mechanically assumed it would be an option in Vancouver as well. The guy at the till probably thought I skipped a word and gave me a burger and some kind of pop. Even though I realized quickly that it wasn’t beer (the fact that it came with a straw gave it away), I wasn’t really in a position to complain, as you can imagine. As I was eating my burger, I gulped down this strange soda. At first, I didn’t mind it, then I started experiencing the horrible feeling of having swallowed a cup of mouthwash! It took me months to realize that that day I had my first root beer. As of today, that root beer was my last!

I then moved from the hotel where I was staying into a small apartment. The kitchen wasn’t fully operative, but it had a microwave oven, so I thought I could try to cook some food for myself. Wandering around in a Superstore, I came across these large frozen “ravioli” filled with potatoes and cheese (the bag probably had the word ‘perogies’ written on it, but it didn’t register with me). The instructions on the package said that these dumplings could be cooked in the microwave, so I was hopeful they would be OK. I was completely wrong! These big, puffy semicircles were made of a thick, chewy dough which, despite having followed the cooking instructions, was definitely way undercooked and tasted quite funny. I ended up squeezing out the filling and eating it like mashed potatoes*.

While at the Superstore, something else caught my attention. I noticed some big blocks of orange cheese, which I recognized as the same cheese that McDonald’s puts in its cheeseburgers. I had never seen the “real thing” in block-form before, and I was especially fascinated by the “marbled” one in which bright orange and pale orange cheese are twirled together. So, after the perogies disaster, I went to the fridge hoping to improve my meal by finishing it with a piece of cheese. Well, that night I realized that this crustless, rubbery orange product is not something you want to just eat with bread like you would for a piece of Fontina or Scamorza… it’s so dry that it’s almost impossible to swallow, and it really tastes quite bland.

After a few months of sushi, dim sum, moussaka, chicken korma, and unsatisfying cheese, my excitement for new foods was starting to wear off. One day, I suddenly craved pasta. Luckily, I happened to walk past a restaurant chain called: The Old Spaghetti Factory. Of course, I didn’t expect to find my mom’s pasta there, but I also didn’t expect it to be too different from it. After all, a pasta dish is a pasta dish, right? Not at all. I had found a completely different kind of Italian food. I was outraged! Spaghetti and Meatballs, Chicken Pesto Penne, Linguini Alfredo… I had never heard of any of these dishes when I was living in Italy. I had discovered a parallel universe!

A pretty unappetizing one as well… the portions were too big, the pasta was either drowning in sauce or looked pale and overcooked, and the sauces looked overly rich. I ordered something which seemed a bit more familiar to me, clam linguini, but even that dish didn’t compare at all with the one I knew. I thought that maybe I had ended up in a strange “fusion” restaurant, but the more I looked around for other Italian restaurants, the more I became aware that they all served the same kind of unfamiliar dishes.

Looking more closely at some of these self-proclaimed Italian restaurants, I was particularly surprised to find a slew of spelling mistakes printed on their menus, which I actually found quite offensive. Don’t they know that we have spell checkers in Italy? Don’t they know that Italians very rarely make spelling mistakes? It’s a phonetic language! In a few cases, I almost offered to correct the menus myself, but then I realized that maybe these errors were for the best after all, since they acted like unintentional warnings to native Italians, hopefully sending them off to the Chinese restaurant next door, perhaps with an equally misspelled menu, but that they would have never been able to call out.

Meanwhile, my first work contract had ended and I was offered a full-time job, which I actually still hold now, 15 years later. During the following years I kept running into distorted Italian food, and somehow Italian food was becoming even more popular in Vancouver. In 2010, I decided to have some fun and start a pretentious blog aimed at fixing Italian food in North America. In my opening post, I wrote: “I will say the proper ways to write the names of Italian dishes. And, from what I know, I will also try to say how the dish should look and taste… for sure I will say how the dish most definitely *shouldn’t* look or taste!”

This was just the beginning, though, and as I continued blogging my initial rant turned into something a bit more useful. I started investigating the root differences between the food of Italy and the food of North America, which are as much in the ingredients as in the culinary culture. I also learned that Italian-American food is a cuisine in its own right, historically rooted and not less authentic than the cuisine of Milan. However, I think that Italian-American food should be labeled as such, and I hope that going forward more restaurants and chefs will celebrate it by calling it out on their menus instead of labeling it as generically “Italian.”

Since I started the blog, however, things have begun to change. I am not sure I can take credit for it, but it’s indisputable that thanks to YouTube and true Italian food blogs people can get accurate descriptions of all kinds of cuisines directly from the people who grew up eating them. In this changing landscape, more and more Italian restaurateurs are discovering that they can be successful outside of Italy without compromising by adapting their menus to local expectations. As a result, the Italians abroad can more easily find the Italian food they’re familiar with.

I think that the new global awareness is also reflected in an increased availability of ingredients. Naturally, North America’s produce is still very different from the Italian because of climate and composition of the soil, but, at least in big cities, it is now easier to find Italian grocery stores and to cook traditional continental Italian without having to substitute any key ingredients. Overall, I don’t see this as globalization, but quite as the opposite – it’s a phenomenon which validates local realities and traditional cuisines, ultimately preserving them in their immense richness and protecting them from accidentally merging into one another. Cross pollination and fusion cuisine will of course still happen, but, hopefully, they will become more deliberate than they have been in the past.

_____
* It took me years, but I eventually came across properly cooked east European perogies and discovered that they are actually delicious. ↑